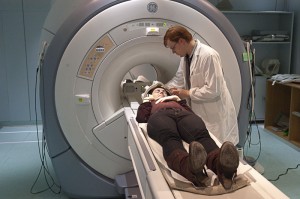 University professor Katan, an expert on health and food matters from VU University Amsterdam (The Netherlands), has stated recently on national dutch televison that we are victims of our drifts.

“Obese people are suffering from their instinctual forces to eat. And since there is an overload of food available we keep on eating. Diets have no value for creating long term results”, he said.

What is going on?
The human race has built-in limitations that are the foundation of our dysfunctions. These built-in limitations are a result of our (personal) past in the form of memories, habits, beliefs, behaviour, culture, education, etc., with other words: brain wiring.

The oldest and most important brain wiring is called the ‘reptilian brain‘. It’s age is somewhere close to 500 million years and home of our survival instincts.

Survival instinct
The survival instincts (freeze, flight, fight, food and sex ) are engaging in every interaction we have with everything that goes on inside and outside of us. These are limiting our lifes in every possible way. (Ever wondered why it is almost impossible to keep personal goals up, even the smallest?)

Over time this part of our brain has become hyperactive as a result of recent world wars, genocides, massive epidemics, continues modern time stress and economic crises.
Traumatic survival memories have become the basis of limiting energies keeping us from living life to the fully with diseases and dysfunctional behaviour as a result.

Effects through the generations
This process by which hyped up survival instincts are passed down through the generations is studied by the new scientific field of epigenetics.
People mostly do not realise that this even happens. Parents pass this on to their children unknowingly and un-intentionally by the way they parent.

After realising this epigenetic process is keeping us going around in circles there is only one ‘conclusion’ possible: neutralising inherited trauma should be top priority.
Dutch professor Katan sees no valid option to influence our drifts. We at Max my Performance have another opinion!

What can we do? 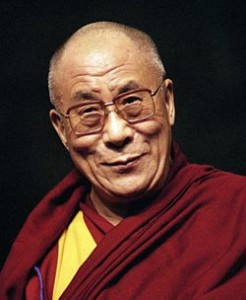 For thousands of years humanity has tried to deal with human limitations. The work has been done by monks, shamans and recently by holistic doctors en therapists. But a reality check shows: it is not enough!

The old methods are not good enough for the situation we are living in. Of course we know that 15 years of intensive yoga will bring ‘results’. As does living a ‘monks life’ based on being vigilant and devotive. But in modern life this type of disciplined life is quiet a way to go and for most of us very unlikely. Many people cannot even keep up their intentions of eating less and losing a few kilos of weight!

21th century methods
21th century asks for something new.  A method that fits our modern (digital) life and works by influencing our brain to calm down the survival instincts.

As a group of coaches, homeopathic doctors and holistic therapist we have studied and used (and still do) many different methods and technologies. But most of them work mainly on the frontal lobes of the brain: on logic, reasoning, feelings and emotions. They do not (actually) reach the survival instincts. Survival instincts reside in our primitive animal (reptilian) brain.

Homeopathy 2.0 – a next generation
We came to the conclusion that the most successful way of holistic therapy is homeopathy. Not the classical, Hahnemann form, but a new type developed by homeopath Peter Chappell c.s., homeopathy 2.0. 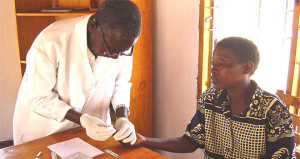 After many years of R&D he created a new conscious way of making highly effective homeopathic remedies to treat epidemic diseases like AIDS, malaria and tuberculosis. And on top of that he showed that it is possible to help heavily traumatised war victims within days or weeks! At this moment 10.000+ people have been successfully treated.

Homeopathy 3.0 – a breakthrough!
He also demonstrated that you could treat diseases with sounds rather than pills using the same technology. Essentially this new method is something complete new and unknown before.
It works with a consciousness source to imprint resonances directly into mp3s.
From our point of view this is a vital new step in human healing. It might even be the beginning of a whole new way of enhancing life using the internet as a digital distribution path.

The mp3’s are called PPDs and they work on the survival instincts. It takes only a few months 3 minutes a day listening to a lab top, computer, smartphone or tablet.

PPDs and what they do for us people in the West
In our day to day experience as therapists and coaches working in Western countries we have noticed that listening to PPDs helps people to become free from stress related emotions like anger, panic, resentment, fear and the blame game.

For interested coaches and therapists there is an affiliate program available.

*
This blog is an edited version of an article published on the NaturalNews blogsite, November 2013.