A pilot study on the effect of PPDs on the (school) life of children.

Listening to PPDs has a profound effect on the mental and physical wellbeing of children. PPDs are mp3 files with subtle resonance-based information that is embedded into sea wave sounds you listen to. PPDs are created to impact body cells in a way they can resolve/process the information intelligently. 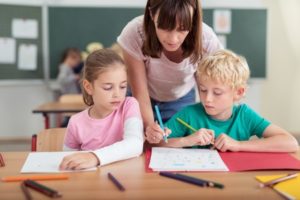 Analysing the results of all array data shows that several different mental and physical factors were strongly affected. Changes in self expression and self esteem, fears impacting daily life, strong focus during specific activities and extra ordinary sport results were widely observed among the participants.

It showed that 100% of the children in this pilot were effected by listening to the PPDs, however the results shown were on different parts of the spectrum. It seems that specific issues of the participants in their daily (school) life has an relation with the outcome of the pilot.

In other words, a child with exam fear showed major progress on that item, another with ADHD symptoms became much more relaxed during class.

Analysing the generated data the following picture comes up for children after listening to PPDs:

1. Humans in hyper alert state
The inner human situation at the beginning of this 21e century is the result of our history. When studying the last hundred years one can easily come to the point this part of history is one of extraordinary and systematic violence against the human race on a scale possibly never seen before. Around a hundreds of millions of people were deliberately killed and exterminated, and thousands of millions people have been intimidated and threatened by this process. Most people are still not aware of the scale of what happened (and still is happening!) because there has been a long period of denial lasting 50 to 100 years. Many countries ruled by dictators simply rewrote the history books. Other democratic countries chose consciously to hide it and get on with living, or did not think it relevant because of emotional illiteracy. These effects are inherited by what is now known as the Epigenetic process.

The result is that the survival instincts in every human being are on chronic alert. They are chronically over activated, and everyone is living as if their life is on edge, death is just round the corner, starvation could happen at any moment…. Whatever it is, it is about to happen.
Survival instincts underlie normal emotions and magnify them. The result is that people have become overwhelmed by the intensity of their feelings.
These hyperactive survival instincts are creating hugely increased emotional responses in us, as we feel unsafe in all aspects of our lives. Without our having any knowledge why we have these strong powerful feelings inside us, we are experiencing inner violence or the opposite: feeling threatened, intimidated by authorities, and so on.

In hundreds of little ways, parents, while intending to be loving, kind and compassionate, also over-control, shut down, repress, and scare their children every hour of every day and teach them to internalise the fear and violence and, consequently, over activate the child’s survival instincts. This goes on generation after generation. The consequence is that people in general are underperforming in every field of human endeavour and personally in every way. Essentially, they have been intimidated into acting in a cowardly, limited, restricted way and are completely scared of living their dreams. As a reaction they are over-compensating, hard-driving, threatening, uncaring, money orientated, and so on. Maybe 50% of us are also under breathing, which is the result of the freeze survival instinct, which make us ‘smaller’ than our potential.
To resolve this we need to resolve the hyped up survival instincts within the human race and inside almost every human being. Resonance is the technique to do this.

3. How and why PPDs Work
Resonance works like this. It amplifies the problem briefly for a few milliseconds in a safe and specific way. It causes the survival instinct – for example food, the idea of starving to death, which is probably the root of all eating disorders and all overeating – to increase. By amplifying it briefly, the natural pattern recognising processing faculties in the brain register it and see that the response is unrealistic and does not correspond to reality.

The natural processing then goes to work and files away anything that the resonance shows to be useful, resolving, dissolving and binning the rest. It is all done within milliseconds. It sees the food situation is OK, not urgent, and not likely to be a problem — there is no shortage, the shops and the fridge are still full — and effectively bins this idea be resolving it internally. This is how resonance works. If this process is done systematically using different specific resonances, the survival instincts calm down gradually.

For example, when a parent of a young child who is crying reacts inside to that crying by feeling irritation, this is the parents survival instincts kicking in. The parent cannot act with compassion until their own survival instincts are calmed down. Until then, the parent will be compelled to act as if survival is at stake, unwittingly teaching their child that crying is related to survival rather than to just getting over a trivial scrape. Perhaps the parent is being only a tiny bit threatening to their child about the crying, but to the child, being completely dependant on the parent, it literally scares the child to death, and he stops crying. He or she comes to link fear (of survival) with crying.

The overactive survival instincts show up not as core basic survival instincts, but as a large variety of limiting personal traits. There is this endless range of limiting and restricting thoughts and emotions of the “I can’t do this” variety. It might be as simple as being too nervous to perform in front a school class; it might be about being too scared of making a mistake in an exam or at a sport competition; it might also be about doing the opposite: acting forcibly, not caring, forcing an issue, cheating, or lying.
It is either underplaying your ability or overreacting and overplaying it, but both reactions are just as bad, as they limit personal ability. Children push themselves over the top, get injured, show ADHD symptoms or are too nervous, freeze and do not perform well. Either gets in the way of achieving one’s personal best.

4. Innovative new concept: PPD
Talk therapies, coaching, training and other therapies of this kind work mainly on the frontal lobes of the brain: on logic, reasoning, feelings and emotions. They do not (actually) reach the survival instincts. Survival instincts reside in our primitive animal brain.
There are five basic instincts called the 5Fs: Fight, Flight, Freeze, Food, Fsex.
From the primitive animal point of view, if you meet another creature, you either fight it, kill it and eat it, escape, freeze (in the hope that the other does not see you), or have sex with it. We all have versions of these responses. This part of the brain does not respond to being talked to. It is deeply instinctive, and reasoning simply does not work. This is why ‘hide and seek’ is such a popular kids game. It is why teenagers dress up to go out. That is why we need new tools, or deeper tools, to deal with this.

PPDs use resonance in a systematic manner to work on the survival instincts. They are an innovative new concept and way of applying resonance. It is called PPD Resonance Technology. Because of recent advances in e-technology, brain science, etc. their development became technically possible.

During a 6 month test period a group of children were listening to a PPD serial on a daily basis. Each child had his/her own personalised PPD set to listen to. The set was made up out of 5 different PPDs, every PPD was listened to for minimum 9 days. The results were scored in a spectrum covering a normal child life: physical and mental situation, results shown at school and in private situations (f.e. sports). Every realm had sub factors like for example self esteem, stress, fear and sleep. The results were based on interviews / question lists filled out by parents, children and in some cases teachers before and after the listening period. The children were asked to listen to the PPD set. 55% of the group were children that had small or medium issues in the realm of school or private life. The other 45% were children without any issues in the mentioned realm. The total number of children in this pilot was 12, their age spectrum 8 – 15. Everybody was given PPDs with the active resonance frequencies included. In this pilot no placebo’s were used.

It showed that 100% of the children were effected by listening to the PPDs, and these results are in different parts of the spectrum of their lives. The key outcomes of the pilot, f.e. 36% out of 100% of the children showed improvement in their physical situation, 100% reported a positive change in their mental well being.
An other outcome is that 64% of the participants reported positive changes in their school life, also 64% in private life (sports). Everybody mentioned one of the two options, some had results in both parts of their life.

There is a differentiation to several factors in life. Important factors when it comes to being successful in what you are doing. 55% reported to have more self esteem, probably one of the most important factors in (school) life. Also 55% of the children had more focus or concentration while doing school activities like reading, math, etc.. 64% noticed to have more fun in life, something extremely important for kids. The goals in life factor was seen among the oldest in the pilot. Goals in life is not really a kid issue, this factor starts to be important for teenagers from 16 years and older.

Another scope shows different factors, among others a 75% impact on stress / relaxation. In other words, 75% of the participants reported a relief in stress experiences, they felt much more relaxed during the (school) day. Almost 50% noticed to get more acknowledgement from their social surrounding (parents, teachers, trainer/coaches) because of who they were as human beings or because of the performances at school or at the sport pitch. Also almost 50% felt that they were in better moods, had less time they felt depressive, miserable or lousy. More then 50% concluded that fears (partly) disappeared from their lives: fear for exams, fear for under performing, fear for losing a final, etc..

As a general remark one can say that PPDs are designed to influence the reptilian brain, which is regulating important basic parts of our life. Logically, the effect of PPDs is seen in many different (secondary) parts of life. Different people have different focus and issues in their lives.
Analysing the generated data the following picture comes up for children after listening to PPDs:

The next step is to research the influence on children with very specific disfunctionals, f.e. ADHD symptoms, dyslexia and overweight/obesity. The results from the pilot give indications that these symptoms will be strongly reduced when listening to PPDs. The integration of using PPDs with other techniques and therapies is likely to be even more successful and will be part of study.

In parallel research done, PPDs were tested on top athletes, people suffering from physical injuries, PTSD victims and managers. In the most recent (pre-pilot) research done PPDs are listened to by grown ups while being in a fMRI scan. The fMRI scans show that people calmed down, when listening to a specific calming PPD. Simultaneously, the area of the brain connected to facial recognition/awareness was activated. Both activities related to instinctive activity!