This is a true story about a cow and its calf. The old farmer said to his son, ‘make sure the cow is away from her calf when the men come to kill it’. Unfortunately the son came back too late and the men who came to kill the calf came too early. So the mother cow watched her calf being strung up killed and carved up. The cow died three weeks later, it pined to death.

This story illustrates many different features of the human situation. The old farmer knew from experience and possibly ancient wisdom the effects of such a trauma. The modern educated son was not so understanding of the importance of this situation otherwise he would have been on time, and the modern educated men who came to kill the calf didn’t have a clue about trauma, they were completely emotionally illiterate. 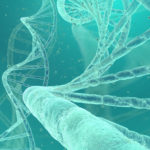 Epigenetics
What is also important to understand is the modern field of epigenetics which shows that traumatic events in one situation can be inherited down the generations. They’ve done all sorts of animal experiments to demonstrate this scientifically. And using sophisticated fMRI scanners, as we did in our research, you can demonstrate the same thing in humans.

If the mother cow had lived and had the normal calf every year, the calfs would have inherited the feelings of the mother and would have felt something like the expectation of dying. This might have shown up as mastitis in the mother and/or failure to thrive in the calf. The farmer’s son might have noticed the failure to thrive and sent the calf to the slaughterhouse not wanting to waste his time on it. All sorts of other outcomes are possible, and any number of diseases are possible outcomes of this scenario.

We think this hasn’t happened to us…..

20th century holocausts
But last century there was something like 50 holocausts (genocide) where racial and other prejudices resulted in the deaths of millions of people and the Jewish Holocaust which we know very well, was a typical but not unusual type of event. Stalin starve to death tens of millions of (his) Russian people. Chairman Mao murdered and tortured and killed tens of millions of Chinese likewise. Last century there was carnage in the human race like we’ve never seen before affecting everybody alive on Earth today, you and me. 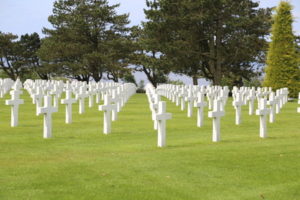 We have all inherited the effects of the terrible happenings of last century and if we want to live to our full possibilities rather than to be crippled by the limiting beliefs and emotions that we have inherited we need new tools to help this happen.

We are in the same boat
We all witnessed the amazing London Paralympics and we think we are not crippled like they are. But in fact we are quite like them, we are emotionally crippled yet fighting to do our best with what we’ve got. We are all in the same boat together, we are all crippled beyond our imagination and because it is not physical we don’t see it. Even world-class top athletes demonstrate emotionally crippling psychologies which limits their ability and which limits them from winning championships consistently over their career. There is nobody who is not subject these phenomena.

All forms of positive psychology are not really getting to the root problem. It’s a bit like pruning back a tree and expecting it to grow completely differently afterwards. It will always grow back in the way it was before. We are the same. It’s only by changing the roots that you can change the plant. We have three specific PPD address this problem fundamentally and in a way that nothing previously had done.

We use conscious resonances, and utterly completely new technology on this Earth, to change the root emotional core structure that is behind all our limiting beliefs and behind all our negative emotions. This is only one part of the amazing structure of PPDs. Like to know about the rest?ackno