The Science Behind PPDs
Resonance is a critical part of the theory and practice of how PPDs work.
Without resonance, we wouldn’t have mobile/cell phones, television, music, atomic and pendulum clocks, playground swings, MRI scanners, etc.

Mechanical Resonance
Resonance is a common thread which runs through almost every branch of engineering, science and life in general and yet a lot of people have never studied it or know anything about it.

It is a bit like gravity: always there and taken for granted. However, gravity is a lot more tangible.
Resonance occasionally causes a bridge to collapse: the new Millennium Bridge in London was affected by unintended resonance from a thousand feet trampling across it at once on its first day in use. 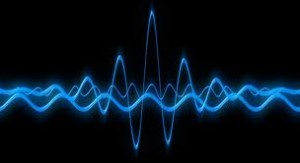 Nikola Tesla
The physicist and inventor Nikola Tesla carried out resonance experiments at Colorado Springs, USA, which produced such powerful electrical tensions that they resulted in the creation of artificial lightning. Due to their extremely low frequency, these waves could penetrate the earth without resistance, allowing Tesla to discover the resonance frequency of the earth. This was later connected to brain alpha rhythms by Herbert König (1979) at Munich University.

Scifers
PPDs use a new level of resonance technology we call SCIFERS. It stands for Specific Conscious Individualised Field Effect Resonances. Basically quantum physicists have discovered that the core material of this universe is consciousness (same as awareness). We use specific ‘pieces‘ of consciousness , field effects, (we ourselves are specific consciousness field effects) to un-program our brain, process and release some of our limiting history, to give us freedom and awareness.

With PPD’s, we use sea waves to carry the resonances because they have similar natural rhythms to the brain rhythms, to breathing rhythm, and to earth rhythms.

Emotional Resonance
On a emotional level, when Princess Diana died, there was a massive grief resonance in the UK especially, but also around the world. We say she touched a million hearts. Likewise, 911 had a world-wide field effect resonance, as did the recent Tsunami. These are more subtle forms of resonance.
Being inspired by and copying the movements of great athletes is also a form of resonance.
Issues between children and parents are resonance in action.
What is difficult for us to deal with in a relationship with another person is that we hit the same resonance issue in them as we have. If, for example, we are irritated by their issue/attitude, it is resonating with a similar issue/attitude in us. If we deal with it in us, they will stop bothering and resonating in us.

PPD resonance technology
The PPDs are subtle resonances made using PC Resonance Technology.
Each PPD contains subtle resonance-based information that is embedded into the sea wave sounds you listen to, it floats into your mind like a surfer on a wave

The PPD enhances what it is focused on, including:
• the thoughts in your mind
• your specific personal qualities
• your cell membrane memories

Ideas that you had before but have forgotten or old moves and techniques that you used to know are brought to the forefront of your consciousness; you also invent new ones.
We do the same with the cells.
Cells are like nano-humans (there are up to a hundred billion inside you) with brains, memory, and structure similar to ours. We apply resonance to them to highlight how they function and the restrictive patterns. The restrictive patterns are then resolved naturally.